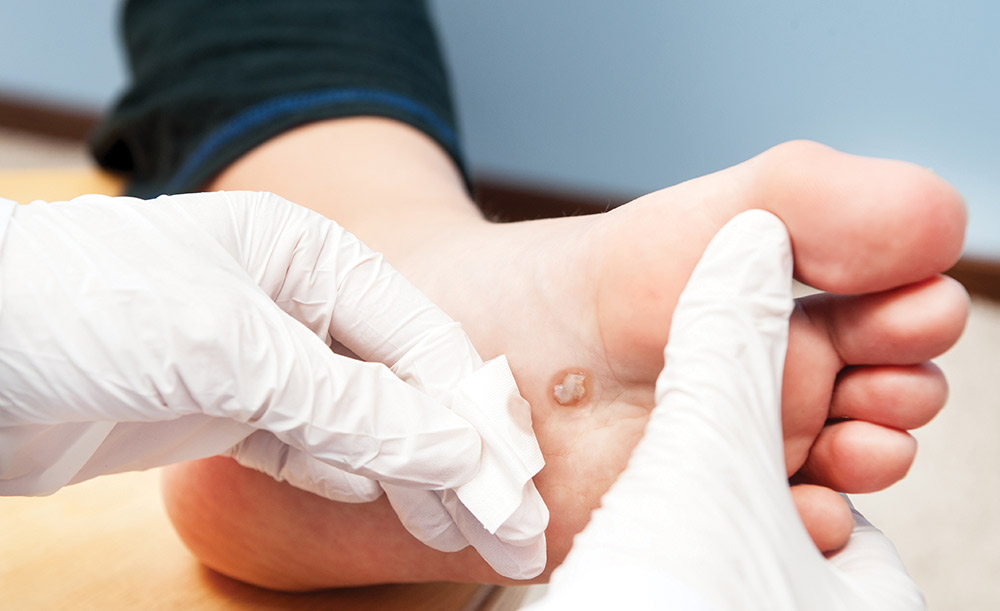 Warts are small growths that are typically found on the hands or feet, but can be found in other areas as well. They can resemble a solid blister-like growth as well as a cauliflower-like growth. The most common types of warts are:

Warts are caused by the human papillomavirus, of which there are about 130 different types. A wart is formed when the HPV infects an area of the skin. The wart itself is the benign growth caused by the HPV.

What are Treatment Options?

Luckily, there are a variety of treatment options when it comes to removing warts. The most common is salicylic acid which one of our dermatologists can prescribe. There are also a number of procedures that can be used to remove the wart itself. Among these include cryotherapy, immunotherapy and bleomycin. If you are worried about a wart on your body, call one of our dermatologists today to schedule an appointment.